HEXIS announces a new pilot project for the use of its anti-microbial film in a partnership with the Petit-Prince-Nursery of Saint-Laurent-de-la-Salanque in the French Pyrenees.

The project was inaugurated under the auspices of the town’s mayor and member of parliament, Fernand Siré, and Hexis president Michel Mateu.

The installation of the film in the nursery is a unique opportunity to show how the immediate quality of life and the hygienic conditions for  the children and the staff can be improved and made safer.

What does HEXIS Health PVC film do?

It inhibits growth of microbes, including commonly found bacteria, at more than 90% according to tests carried out under lab conditions. The film can easily be applied and removed on a large variety of surfaces such as tables, counters, doors etc.

The film effectively controls spread of microbes all day long, day in and day out, without the need for maintenance or special cleaning. Due to the properties of the antimicrobial agent in HEXIS Health film there is no wear-off of the protective function over the whole life span of the film thus providing continuous protection over many years. 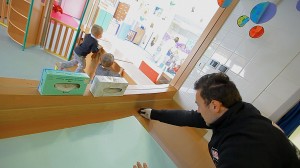 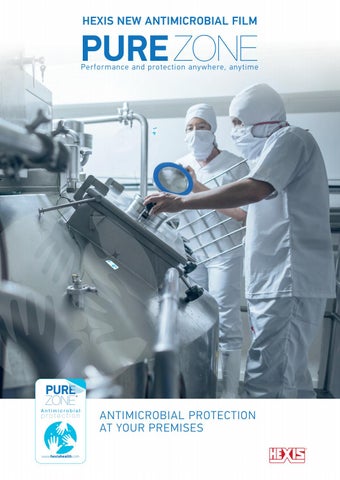